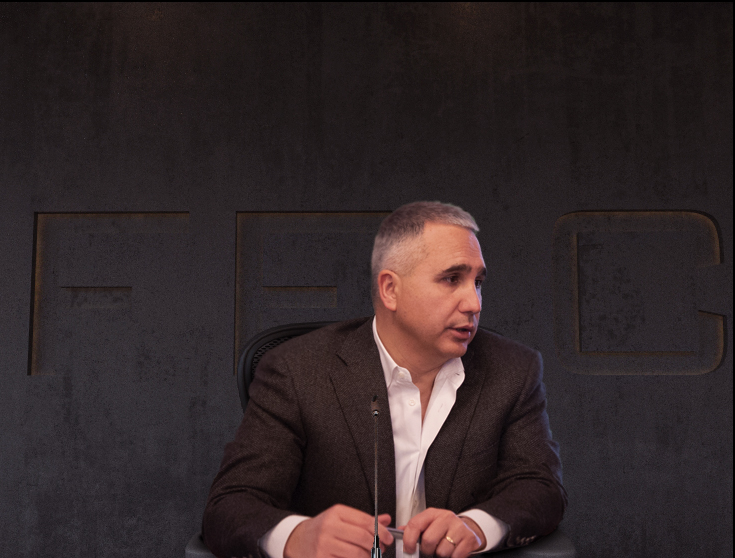 Published by Mehrzad Ferdows on January 9, 2021

In a speech, Mehrzad Manuel Ferdows stated that critical thinking is recognized as an essential skill for rational participation in a democratic society.

“In the modern world today, a skill is needed that is more understood as individuals’ ability to challenge their thinking,” he said.

“This ability requires that they should develop their own criteria for analyzing and evaluating their thoughts and normally use those criteria and standards to improve the quality of their thoughts,” he said.

Ferdows explained that critical thinking is a vital skill in humans’ lives today.

“Critical thinking is a skill used to improve the social and personal life of every human being,”

“In fact, critical thinking is the ability of a person to think independently and flexibly. Contrary to its name, this kind of thinking does not mean criticism or fault finding. Those who cultivate critical thinking will become successful,” the entrepreneur said.

He said a society where critical thinking is institutionalized will experience better progress.

“A society that has these people will also achieve progress and development. Critical thinking includes skills and techniques which if you are aware and nurture, you can look at various issues from a critical thinking perspective,” Ferdows added.

“Critical thinking is a purposeful and self-directed judgment that is achieved through interpretation, analysis, evaluation and inference. It is also considered a documentary, conceptual, methodological and logical concept, and rooted in thinking about what is to be judged,” said the top executive.

“Critical thinking is one of the most important educational principles of any country and any society for achieving growth and prosperity,” Ferdows explained.

Ferdows further expounded on the function of the brain as far as critical thinking is concerned.

“The brain basically has two aspects: the judgmental brain, which analyzes, compares, and selects, and the creative brain, which visualizes, predicts, and generates ideas,” he said.

“One of the hallmarks of creative people is to know critical thinking,” said Ferdows.

Mehrzad Manuel Ferdows added that creativity in the manufacturing and production process coupled with criticism will lead the evaluation and judgment process.

“A healthy and developed mind will have both production and good judgment,” he explained.

“In fact, a developed mind evaluates what it creates, so it can be said that the critical component is creativity because when involved in the production of quality thought, the mind must simultaneously produce, evaluate, judge and conclude,” he said.

He said it is hard to distinguish between critical thinking and creativity, and added making such a distinction would be extreme simplification.

“Creative people have characteristics such as motivation for high-level development, great curiosity, power of expression, self-sufficiency, critical thinking, high motivation, having a vast knowledge, being passionate and emotional, beauty, ability to influence others and being greatly interested in order, having perseverance and discipline at work, independence and having an intuition for thinking,” he explained.

“Creativity develops like any thinking skill, and mastering any knowledge requires both critical thinking and creativity. Creative thinking is essential for critical thinking. Creativity is not only the production of ideas but also the evaluation of the analysis of those ideas for their appropriateness,” he added.

Ferdows also underlined that critical thinking should be monitored.

“Although divergent thinking leads to creativity, it is essential to monitor critical thinking,” the entrepreneur said.

He explained that that divergent thinking consists of several factors, the most important of which are fluidity, flexibility and novelty.

Ferdows then underlined the significance of creativity as a cognitive skill.

He then explained the difference between convergent and divergent thinking.

Mehrzad Manuel Ferdows concluded by saying that it would be significant to address critical thinking in response to rapid and permanent changes in business practices and the need to adapt to complex systems,” he said.